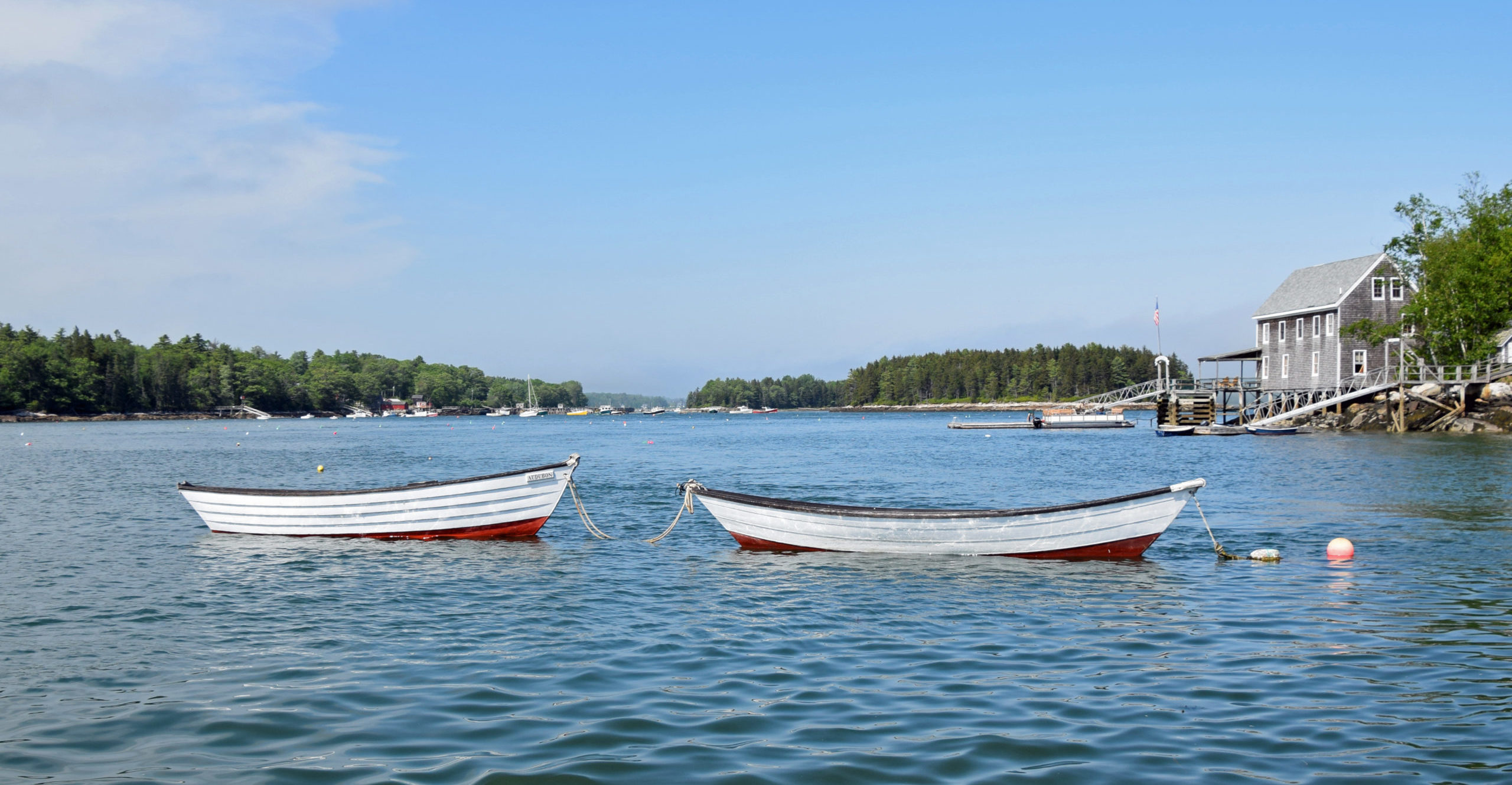 As my taxi slipped through the fog toward the Hog Island boat launch, I imagined the adventures that awaited me at the National Audubon Society’s retreat in Maine. Finally going to summer camp for the first time—in middle age, no less—I felt like a kid again, energized by my newfound passion for birding. Anxiety and self-doubt crept in, too, because I have no science background and little more than a year “behind the binoculars.” In Damariscotta, a man in an Audubon shirt jumped out of the van to collect us. It was Kevin McGowan! — my instructor for a Cornell Lab of Ornithology online course. Totally surprised, I greeted him like a friend, and he was happy to meet in person one of 1200 students who joined those virtual lectures. My fears were dispelled.

Over four days, fantastic teachers, including Kevin, immersed us in all things avian. Shortly after we arrived, the clouds parted and the sun shone as we plied the waters to Eastern Egg Rock, an island where Atlantic Puffins now nest after decades of work by Audubon’s Project Puffin. There we saw at least a dozen of these adorable little clowns lounging on the rocky shoreline and paddling in the water. They seemed to enjoy playing to their audience, providing “fly-bys” and surprisingly close views. We all cooed with glee.

Awestruck experiences like these accompanied intensive learning. Dr. Stephen Kress lectured our first night about Project Puffin and his efforts to restore the species to this southernmost part of its territory. Later in the session, while eating dinner, I asked Stephen what motivated him to continue during those early years of failed efforts— when they relocated hundreds of chicks every summer from Canada to Maine and then those adult Puffins didn’t return to Maine to nest. He said he wanted to prove his critics wrong. His perseverance paid off when he and his team ultimately lured adult Puffins back to Maine with decoys. Bird conservationists worldwide have adopted his techniques to help struggling species.

Amid many great workshops, an afternoon of banding songbirds cast a magical spell. At home I so rarely get good, long looks at hyperactive warblers. There I helped set up mist nets on pine-covered trails and called them in. In the expert hands of Dr. Sara Morris, we observed a Northern Parula, a Black-throated Green Warbler, and a Golden-crowned Kinglet up close for about ten minutes each. She weighed them, measured wing feathers and legs, and rated body fat and hormone levels. A puff of air on the breast revealed my first view of a brood patch. Sara then placed a Kinglet next to my ear, and, holding my breath, I could hear its heartbeat. A moment in an outstretched palm and each banded bird disappeared skyward. Moments like these are what we birders live for. At Hog Island’s sacred space, birding moments shimmer more brightly, more memorably than elsewhere.

Tiffany Farrell received a scholarship from Southern Maryland Audubon Society to attend the Field Ornithology camp at Hog Island, Maine, in June 2017. As a board member, she plans to use what she learned to enrich our local chapter and repay that generous honor.

All photos on this page by Tiffany Farrell.