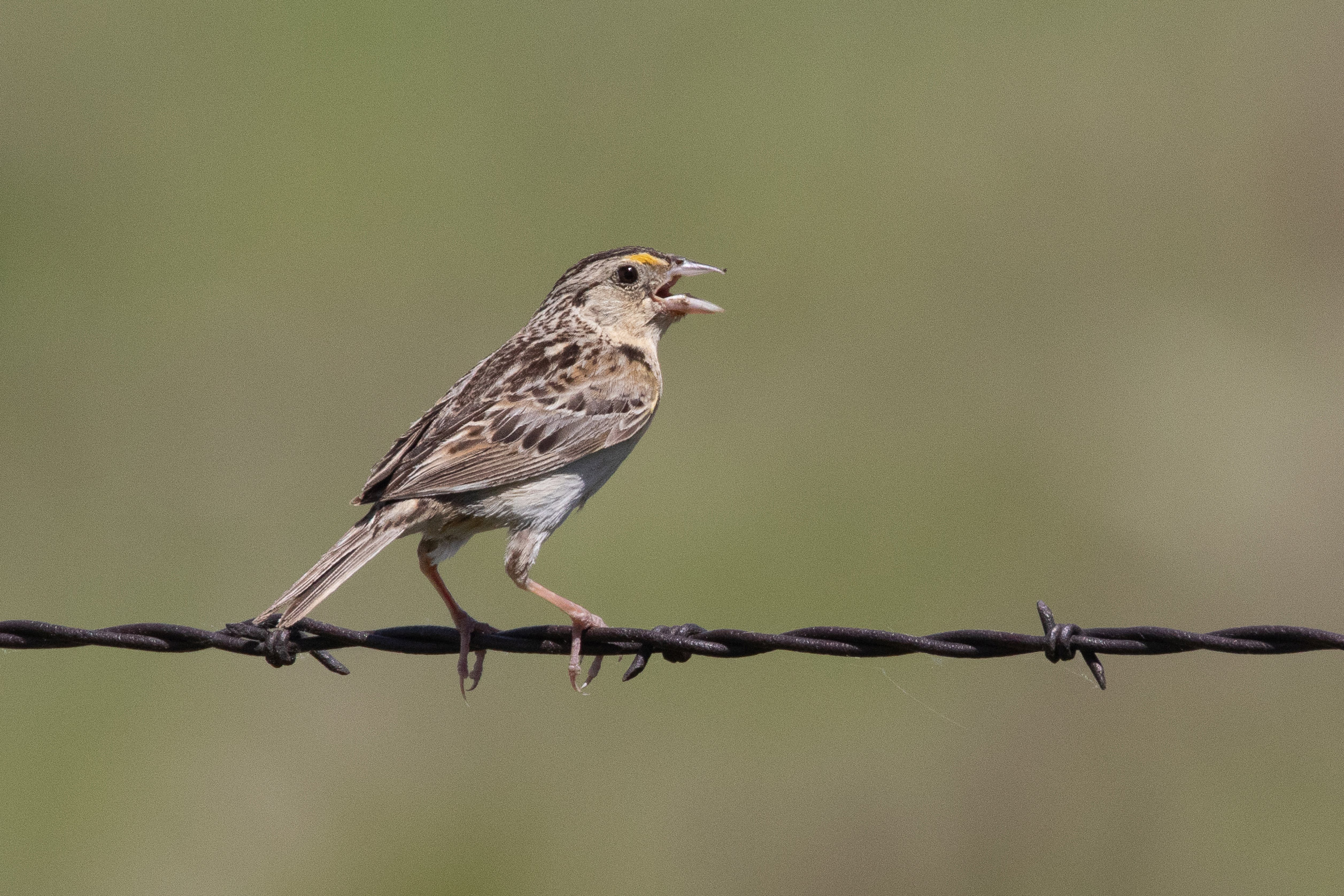 Since 1970, bird populations in the United States and Canada have declined 29 percent; in other words, we have lost a staggering 2.9 billion birds in the last fifty years. The 2019 study that reported these findings (see 3billionbirds.org) found that grassland species fared among the worst with a 53 percent loss. There are 139 million fewer Eastern and Western Meadowlarks alone. Although some groups of birds have rebounded since 1970 (raptors, waterfowl, woodpeckers), the grassland species are sorely in need of help. In our area, that includes the Eastern Meadowlark and the Grasshopper Sparrow. Southern Maryland Audubon Society has partnered with a new project to find solutions.

“Southern Maryland Audubon Society is proud to be part of this research to help protect threatened grassland bird species,” says SMAS President Tiffany Farrell.  The populations of Eastern Meadowlark and Grasshopper Sparrow are both in grave decline. Their nests, commonly found in hayfields, can easily be destroyed when using conventional haying techniques. But changing mowing heights, patterns, and timing can give these threatened birds a chance to breed successfully and still allow farmers to hay profitably. For more information about this initiative, visit the project website at bird-friendly-farming.org.